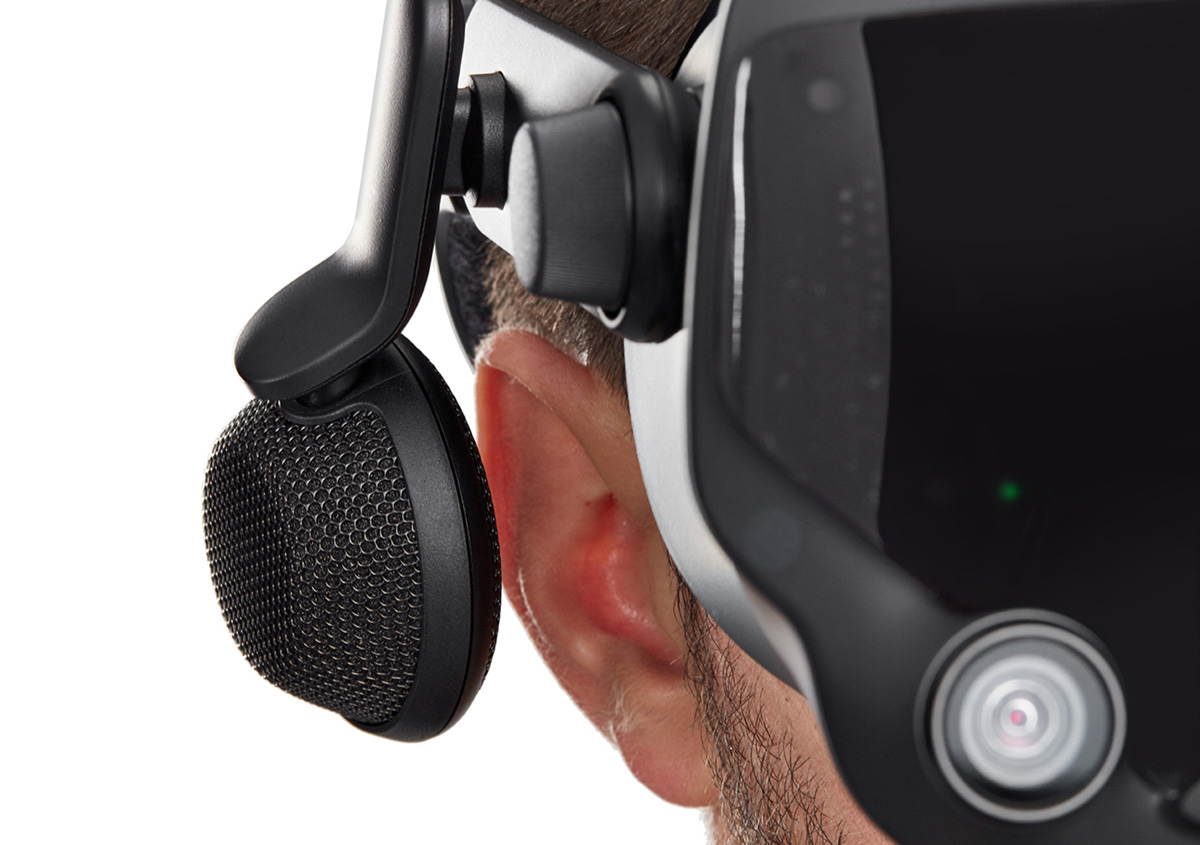 The Valve Index Ear Speakers have been optimized for the specific experiential goals of virtual reality, and this caused their design to diverge in interesting ways from that of typical consumer headphones.

Early in our VR experimentation, it became clear that helping a VR user achieve an appropriate suspension of disbelief* required not only a reliance on the narrative, environmental, and emotional methods of traditional games and films, but also an entirely new category of physiological problem solving unique to VR. When we don a headset to play Budget Cuts, we expect VR to make us feel like our body has been transported into an office full of murderous robots rather than simply showing us their environment through a static screen.

Our research and playtesting led us to understand that achieving maximum sonic immersion enforced as many requirements on the design of the audio components as it did on the 3D tracking system or on the display panels. We also learned that designing around those requirements meant accepting some interesting tradeoffs, which affected things like the position of the speakers, the weight of the driver, the shape of the driver’s diaphragm, the industrial design of the speaker enclosure, and even the fundamental frequency-response characteristics.

*We have called this embodied suspension of disbelief ‘presence’ in other contexts, but that term carries other connotations in the audio world so we won’t use it in the remainder of this Deep Dive article.

Both Hardware and Software

Convincing audio immersion can only be achieved by relying on both software and hardware domains simultaneously. Knowing where to draw the line between the responsibilities of hardware (audio devices) and software (games, VR experiences) required a holistic consideration of the entire VR audio pipeline - from how VR sound content is created, to how it is output by game engines, to all the ways it can reach the ear.

On the software side, game audio engineers and scientists have been working toward creating convincing immersive sound content since the first player-relative panning experiences emerged in the 90’s (Doom, Half-Life, Aureal3D etc). Then, thanks to current generation VR, we’ve seen huge improvements in spatial audio technologies. Binaural rendering and physics based sound simulation plugins such as SteamAudio allow developers to author even greater sonic positional accuracy, physically accurate virtual reverbs, sound occlusion, and propagation all though regular stereo headphones. When considering the optimal listening device for current VR, we leveraged the following knowledge and research in audio software simulations:

Generally speaking, however, traditional audio devices are rarely designed with sonic immersion as the primary goal. Personal devices such as ear buds, on-ear, and over-ear headphones are optimised for listening to music and entertainment in places where loudspeakers aren’t appropriate and often power requirements are extremely low (eg. cell phones, battery powered devices). The focus is often on sound isolation, power efficiency, noise cancelling, and exaggerated frequency responses. We felt that many of these optimizations might not make as much sense in the context of current room-scale VR, where the general listening environment is a dedicated volume of space (eg. an indoor room with light background ambience), where a tiny amount of sound leakage may be fine. We have access to plenty of power, and frequency responses need to support the assumptions of binaural sound simulations.

Headphones and earbuds need to make contact or surround the ear in order to achieve their goals optimally. We saw that this can sometimes work against audio immersion in the following ways:

We also considered consumer loudspeakers and beam-forming speakers in typical stereo or surround sound setups. Loudspeakers avoid many of the comfort issues associated with headphones and emit sound we can easily perceive as external to our own heads, but they did pose several obstacles to adoption:

In reviewing all the tradeoffs above, it became apparent that the optimal solution for VR might be a pair of ultra near-field, full range, off-ear (extra-aural) headphones. Close enough to the ear to mimic player-relative stereo headphones and support the output format of current VR content, but far enough away to allow the ears and head to imprint their own tonal coloration onto the sound, while also addressing comfort and pressure issues. It was this realization combined with inspiration from a childhood memory of being completely sonically immersed while laying between two inward facing hi-fi speakers, that resulted in the first prototypes being created. 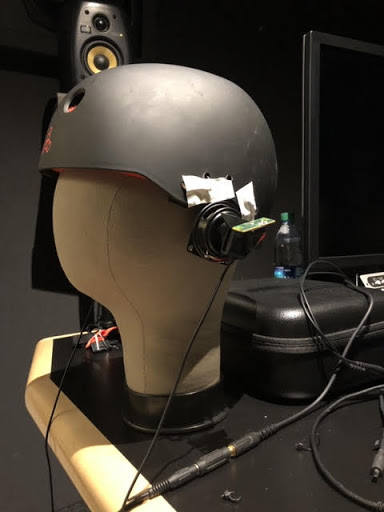 The first prototype was made by taping two small full-range desktop speaker drivers to the side of a skateboard helmet. An old Vive was strapped around the outside of the helmet. The speakers were powered by USB and audio output via the headphone jack on the HTC Vive. This crude prototype did a surprisingly good job at demonstrating the increase in sonic immersion and externalization when we allowed our own ears and head to interpret sound naturally. The feeling of immersion is hard to measure quantitatively, so at this stage we relied on qualitative feedback from colleagues and playtesters to describe the sonic difference between this prototype and a pair of KOSS Porta Pro on-ear headphones while in VR. The responses were significantly enough in favor of the speakers that we felt comfortable proceeding with this design. However, several issues arose: 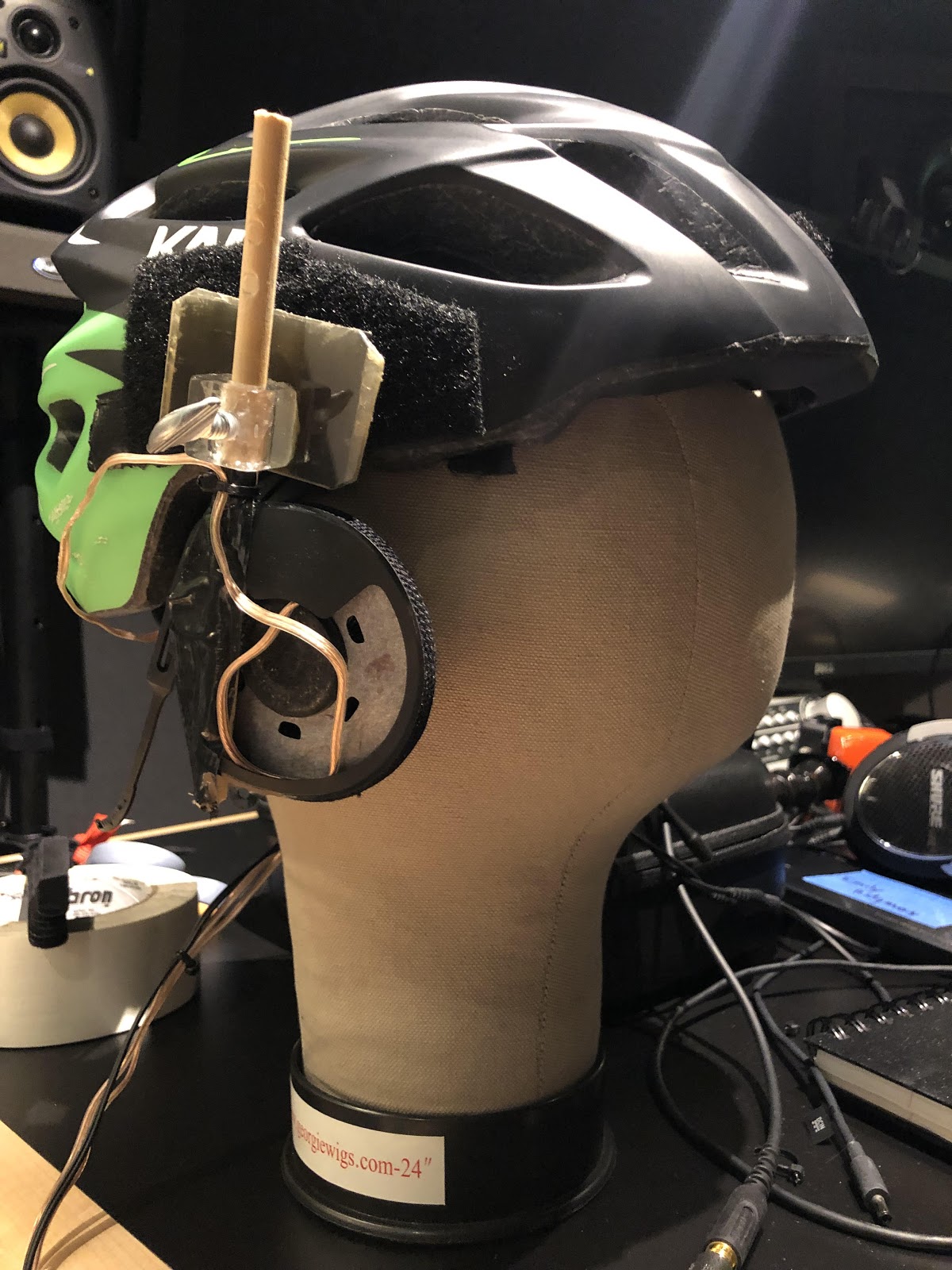 To address weight concerns we investigated using headphone drivers instead of speaker drivers. While lighter, and more power efficient, they couldn’t deliver enough volume when held away from the ear in free air. Even though we already knew this would be the case, it was interesting to hear the tradeoffs between sound immersion vs. distance away from the ear vs. frequency response and volume. 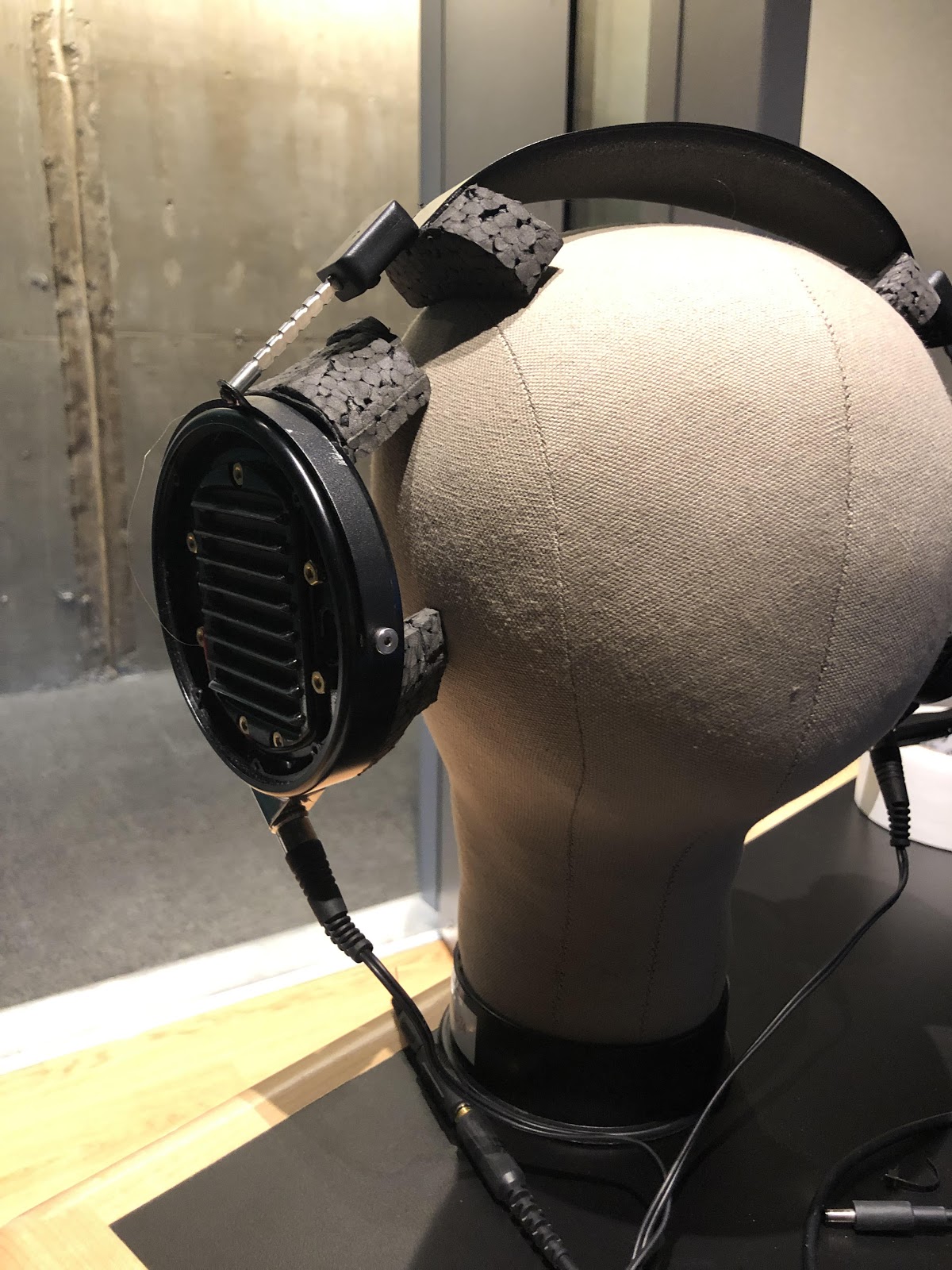 We wanted to know just how big headphone drivers needed to be in order to start meeting our volume and frequency response requirements in our extra-arual context. We talked with Audeze who developed a pair of magnetic planar extraaural headphones in order to help us find out. The result sounded incredible, however, the weight, size, and cost were not feasible for the production goals of the Valve Index. 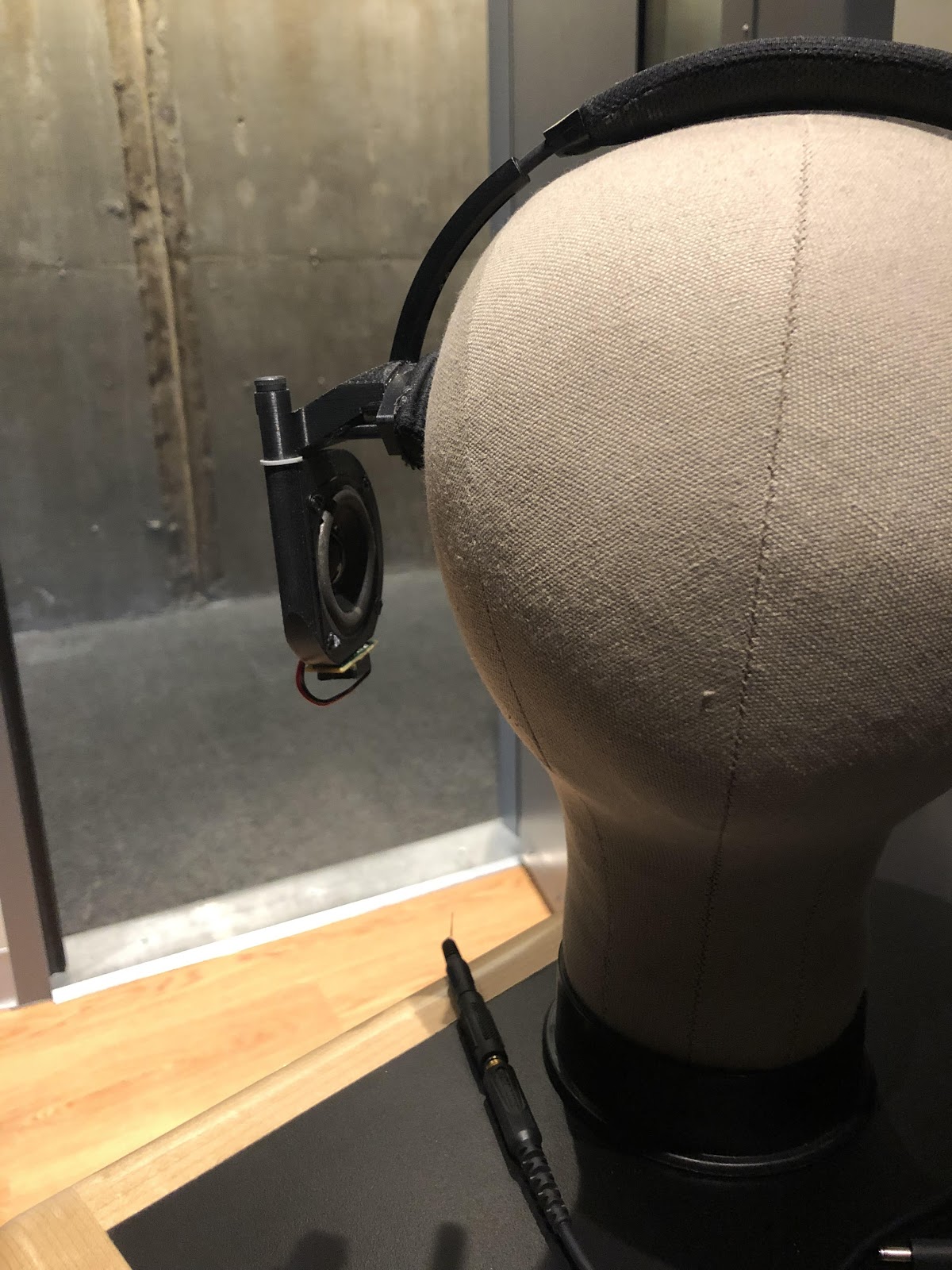 The first speaker based 'Hummingbirds'

We returned to using speaker drivers as a basis for our design moving forward. One of the benefits of early audio R&D at this stage was being able to work independently of the rest of the Valve Index Headset system. With the help of a mechanical engineer we created a stand-alone extra-aural headphone form factor. In this new context, we were able to quickly iterate on bass response, tuning, orientation to the ear, distance from the ear, and A/B test speaker driver evaluations. This prototype was the first 3D printed ear-speaker headphones. Internally we call them “Hummingbirds.” 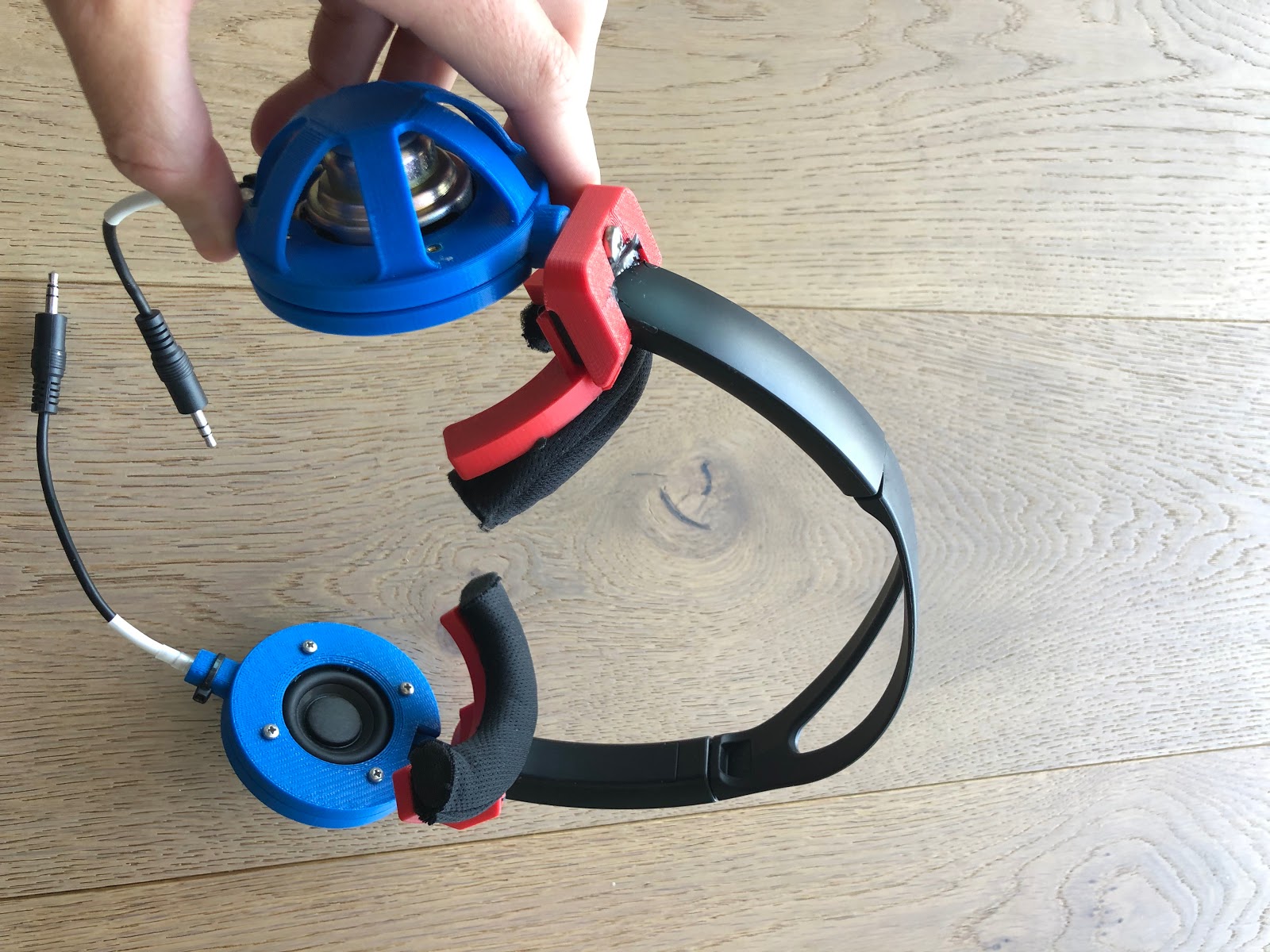 These colorful Hummingbirds were created with the goal of evaluating different kinds of small full-range speaker drivers. Up until this point, we had been repurposing entire consumer speaker and headphone systems. Purchasing and evaluating off-the shelf parts required us to start building the basics of the audio subsystem: amps, audio chips, DSP (digital signal processing), and microphones. In parallel, we were getting closer to defining our shipping targets for optimal distance from the ear, rotation, weight, speaker dimensions, and frequency response. 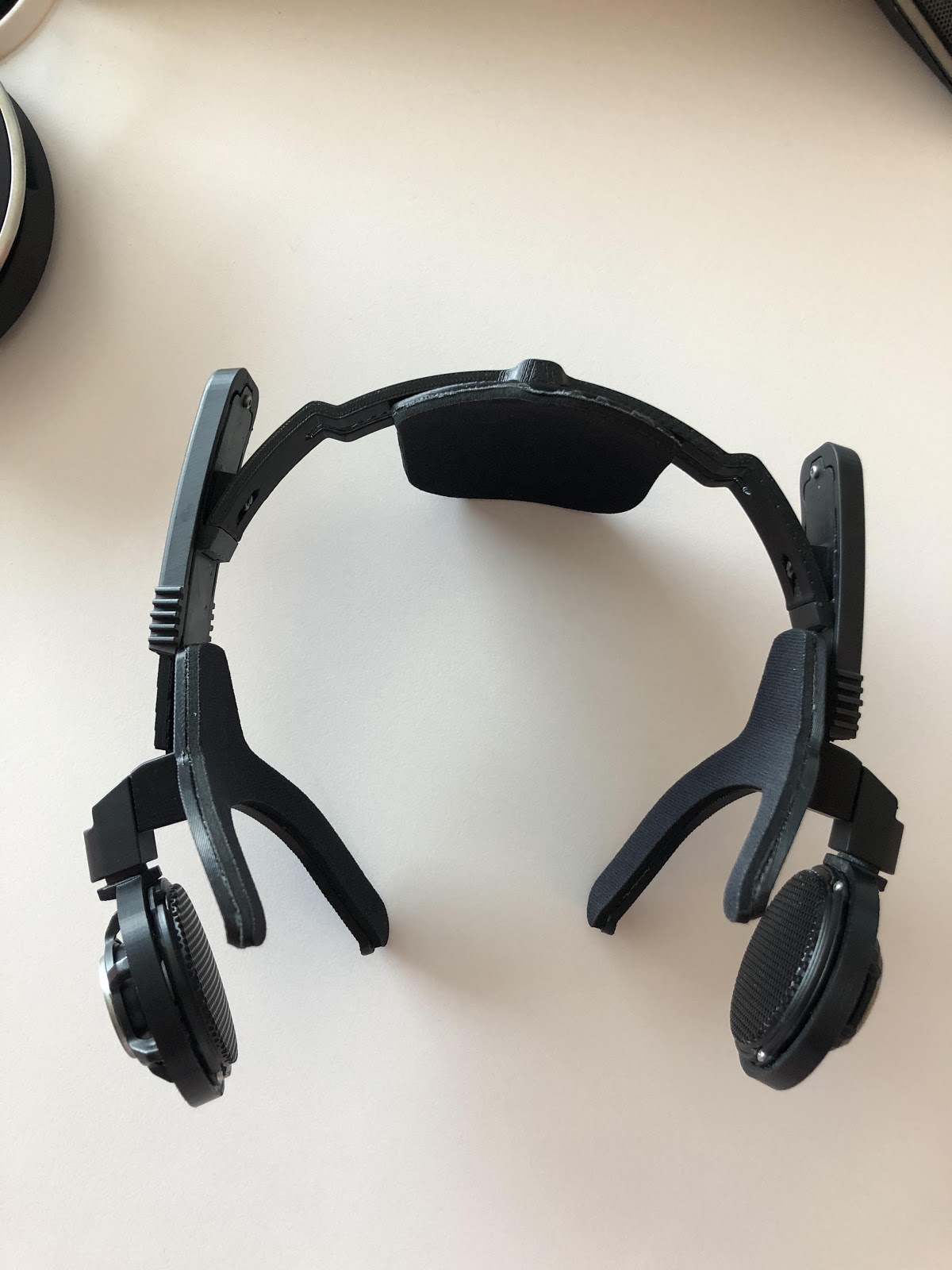 The first pair of hummingbirds using BMR drivers from Tectonic

We came across BMR (Balance Mode Radiator) speakers during our driver evaluation stage and immediately noticed several positive benefits: They reduced coloration due to speaker mispositioning, were almost within range of our weight target, had great frequency response in high-mid ranges (important for binaural simulations), and were much thinner than traditional speaker drivers. We began working with Tectonic to design a custom driver for use as an off-ear speaker.

Internally, concerns were increasing about how much sound ear speakers would leak into the environment, as well as how much sound they might let in. To get a sense of how impactful this might be to customers, we built 20+ hummingbirds and lent them out for colleagues to test at home. No one wanted to return their Hummingbirds (Chet). This was a good sign along with the overwhelmingly positive playtest feedback. Playtesters commented that the benefits of not having anything touching the ear, and the increased sense of sound immersion was offsetting issues caused by external sound coming in and/or internal sound leaking out. We decided to proceed with this design but keep these concerns in mind. 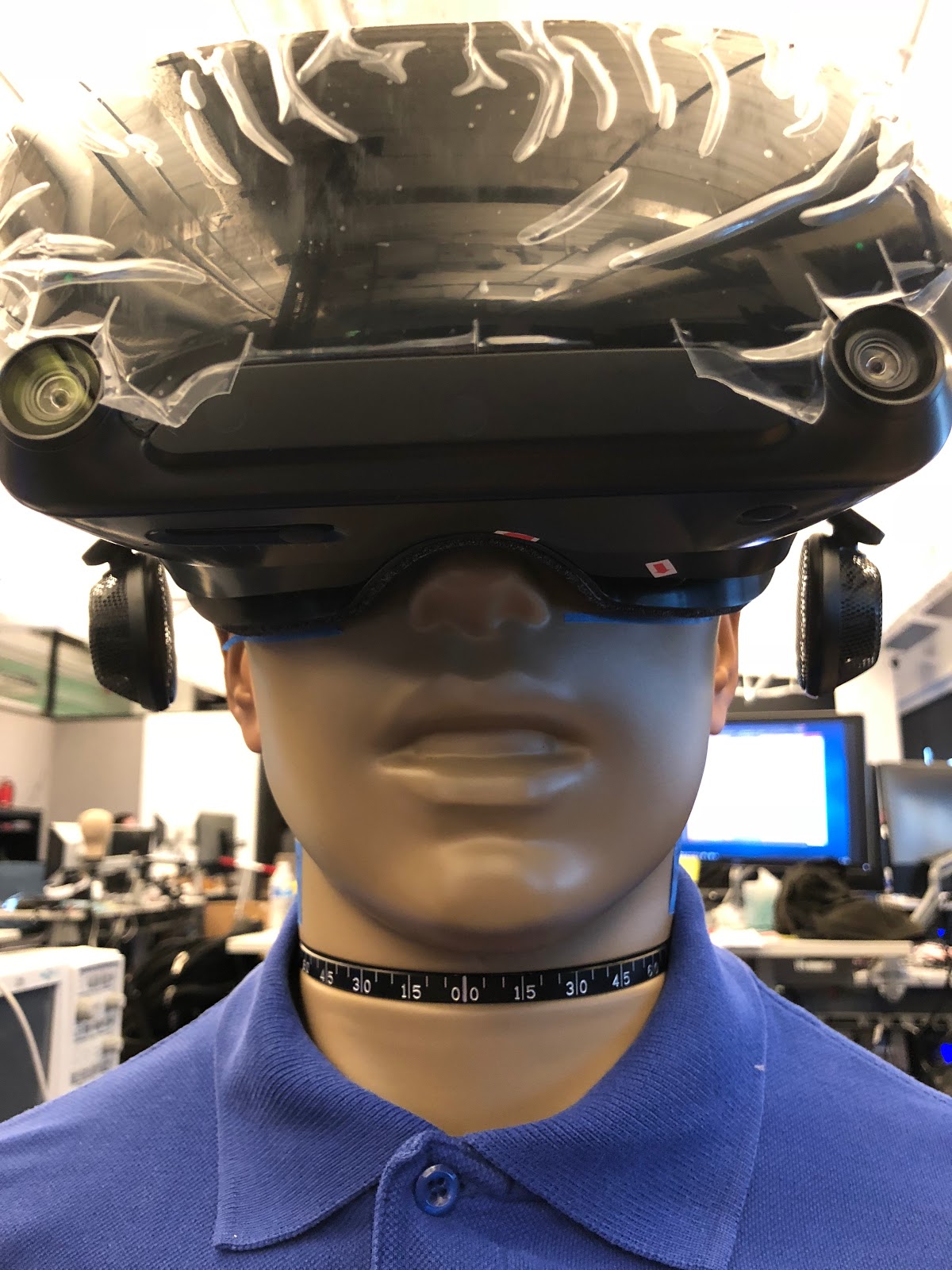 We now had a working ear speaker subsystem that was playtesting well and was within the ballpark of our fidelity, cost, and design targets. We began the process of merging the ear speaker design with the Valve Index Headset. Here it became important to start acoustically measuring the performance of our audio subsystem in the context of the headset. Taking accurate measurements allowed us to capture incremental improvements as well as identify issues in the audio subsystem. Initially we used “Mr. HATS”, our dummy head model used for taking frequency response measurements of our ear speakers. Blue tape on the face marks the exact placement of the HMD on the model so early measurements could remain consistent. 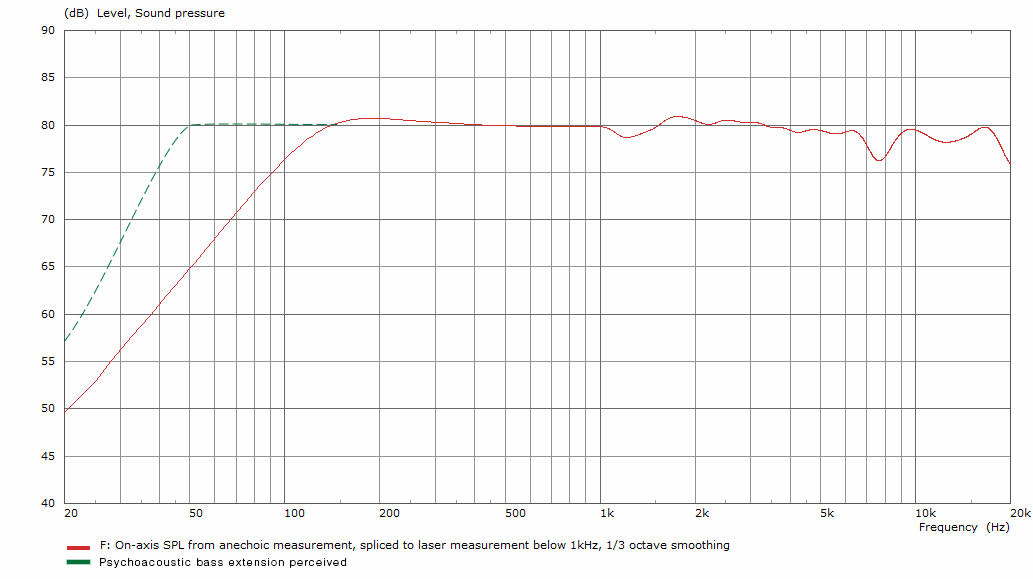 To maximize the sound quality, the frequency response and bass extension were measured and refined on a daily basis. While we at Valve were working to improve bass extension through DSP using EQ tuning and algorithms like psychoacoustic bass, Tectonic was working to improve the bass mechanically by optimizing the speaker driver itself. The combination of these efforts allowed us to achieve and exceed our sound quality and bass response goals. 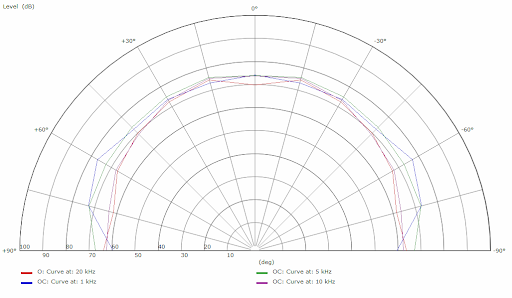 By using BMR drivers, we are able to ensure consistent sound quality, without coloration, even if the speakers are slightly mispositioned on the side of the head. This is due to the unique way that BMRs radiate sound. At low frequencies they behave like traditional speakers. The electrical signal comes in, and the entire diaphragm (front part of the speaker) moves back and forth tracing the shape of the signal. However, the real magic happens at higher frequencies. When the wavelength of the bending waves travelling through the diaphragm is similar to the size of the diaphragm, traditional drivers start to go into 'break-up' modes which cause the diaphragm to bend and ripple, creating very sharp peaks and dips in the frequency response that, in addition to sounding bad, are very placement sensitive. BMRs are designed to exploit the natural behavior of the diaphragm, balancing the vibrations from different areas through optimized material selection, mass loading and extensive design simulation. Basically, ensuring that your ears always receive the full sound information - even if they are not perfectly aligned with the BMR speakers.

Our goal to have high quality microphones on the headset to support streamers and multiplayer experiences was easy to define. However, due to the off-ear speaker design, we expected the microphone performance to be a difficult challenge. To our surprise, this turned out to not be the case. Due to several of the ear speaker’s unique features, we were able to avoid using a significant amount of noise cancelling DSP on the microphone signal, which in turn allowed us to keep the sampling rate of the microphone stream very high at 48kHz. This is a list of features that helped build high quality microphone input:

All this research, iteration and feedback leads us to believe that the Valve Index ear speaker design is as close to an optimal balance of tradeoffs and features specifically designed for audio playback in room-scale VR as currently possible. We’re really pleased with how the audio experience played out and, that said, there is still much more to learn and more improvements we can make.

If you have a passion for audio and would like to work with us on solving these kinds of problems, please explore the various audio related domains or email jobs@valvesoftware.com

Available a la carte or as a complete kit through the Steam Store.